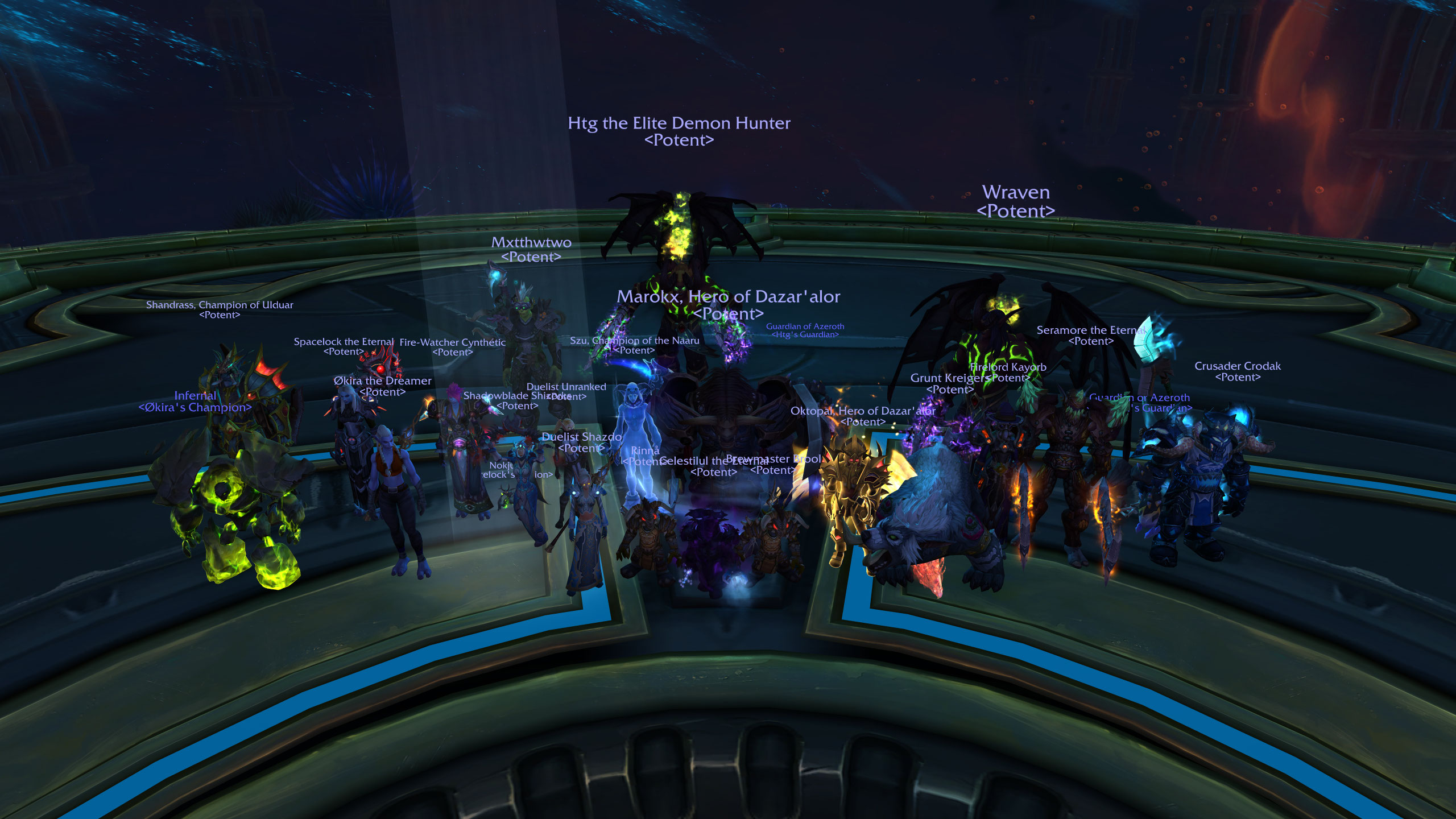 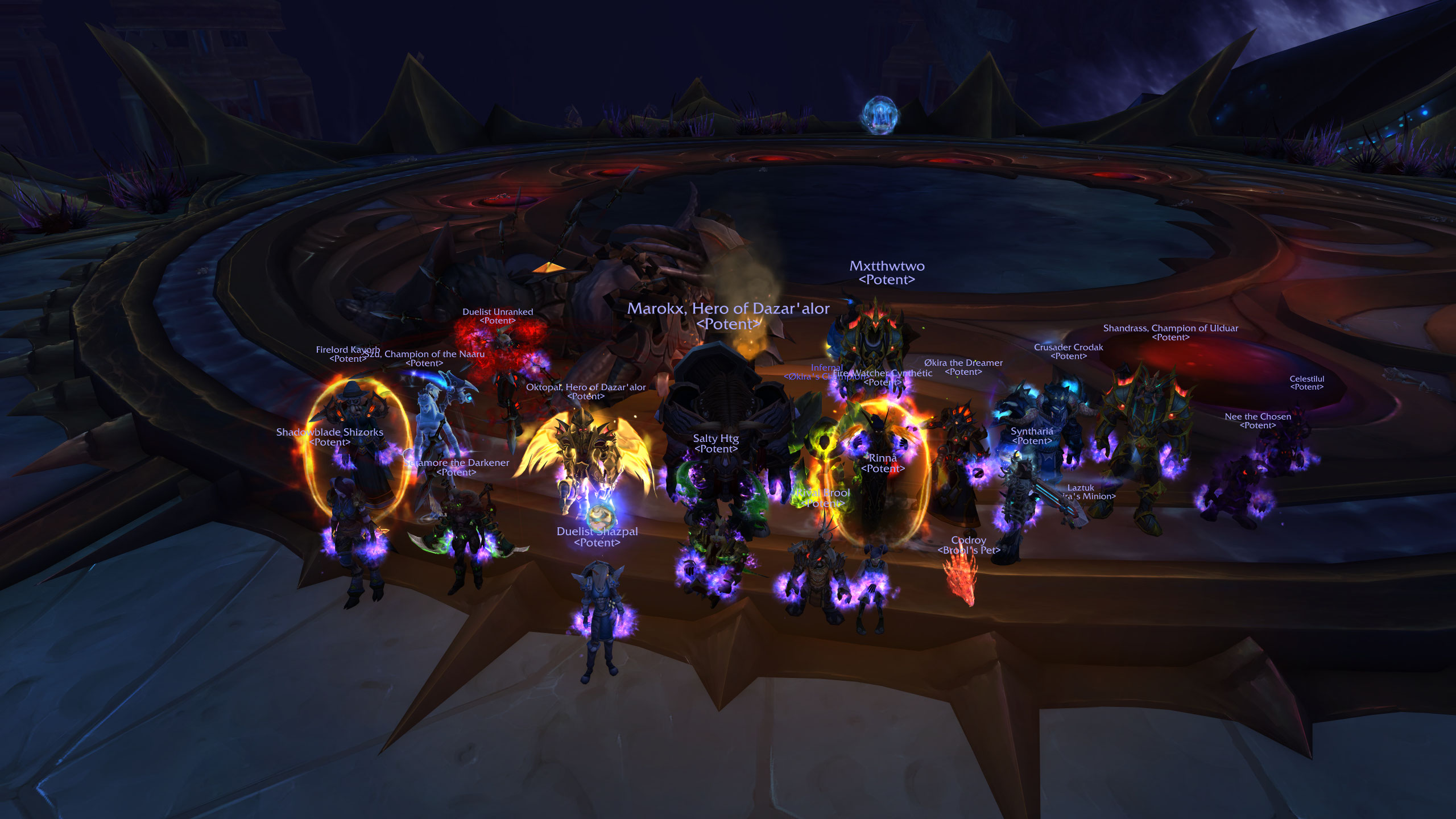 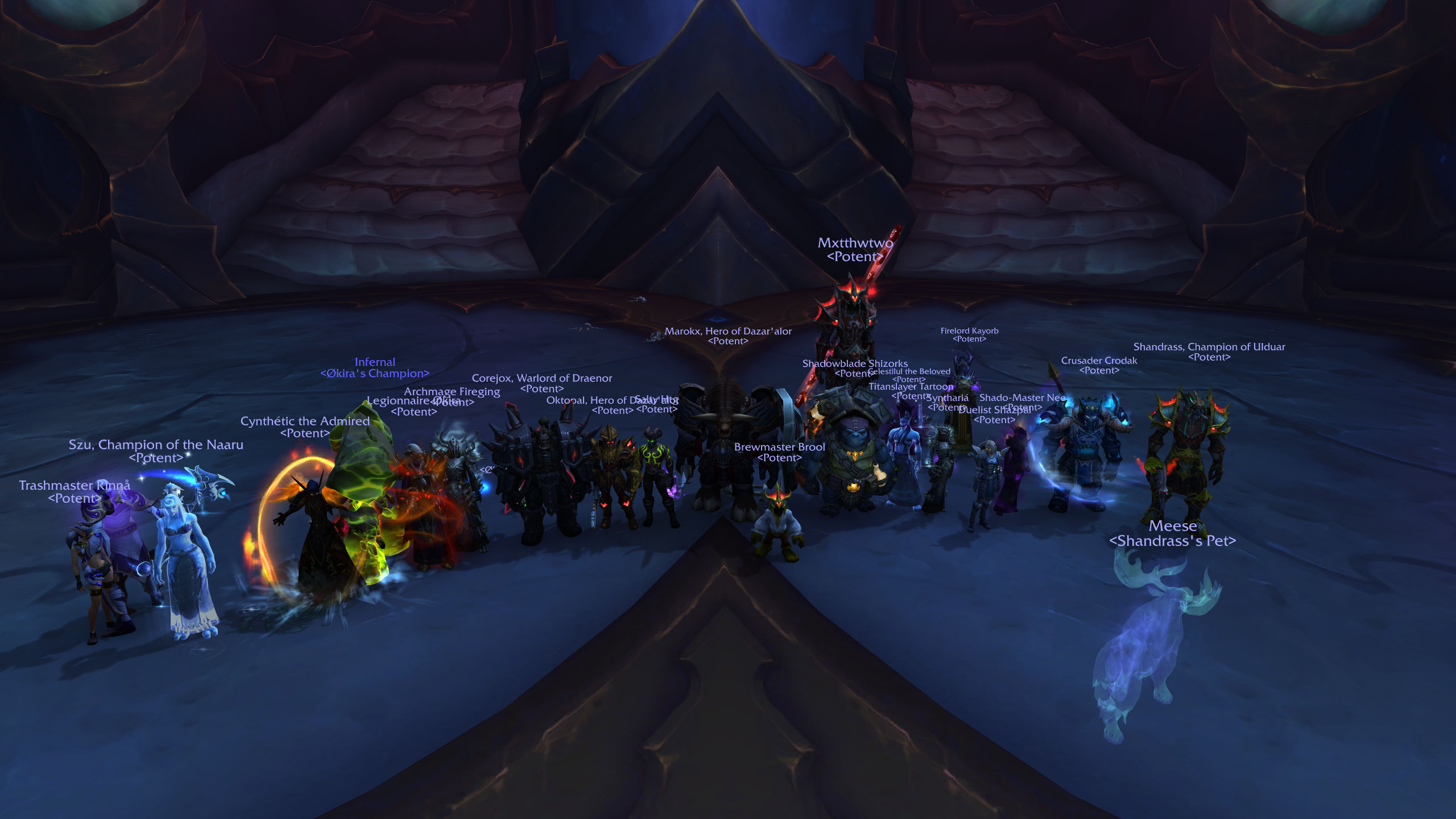 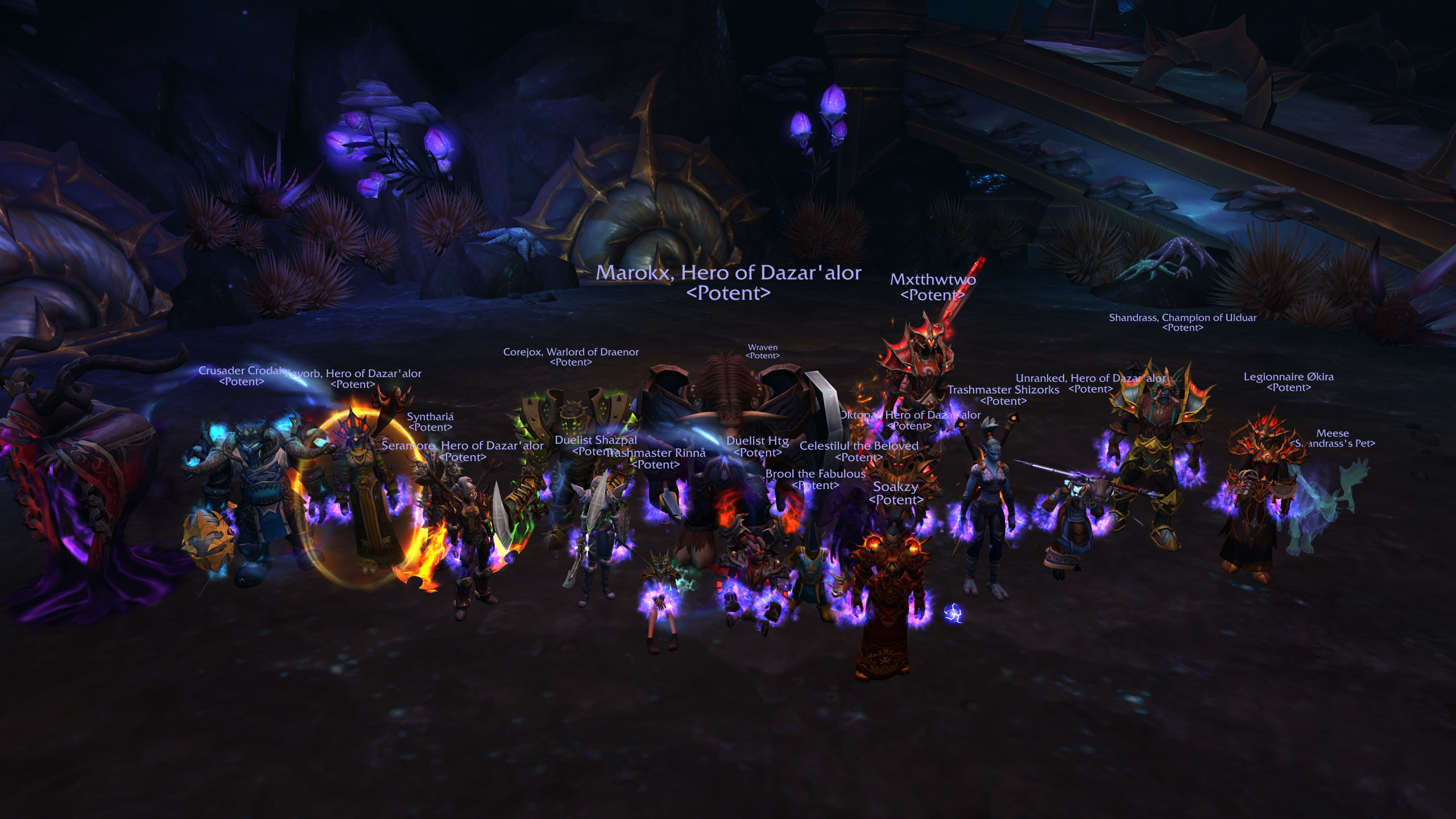 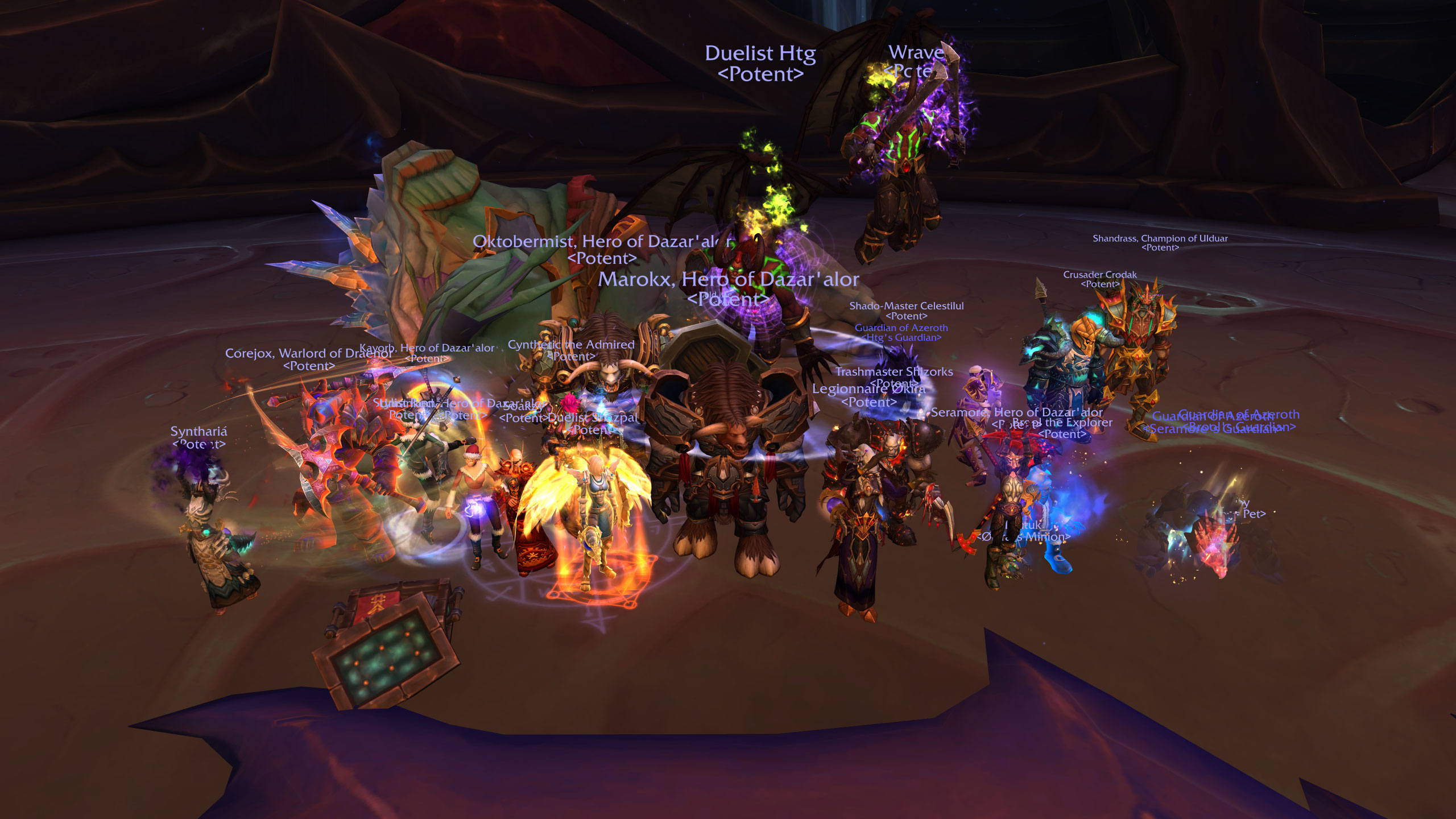 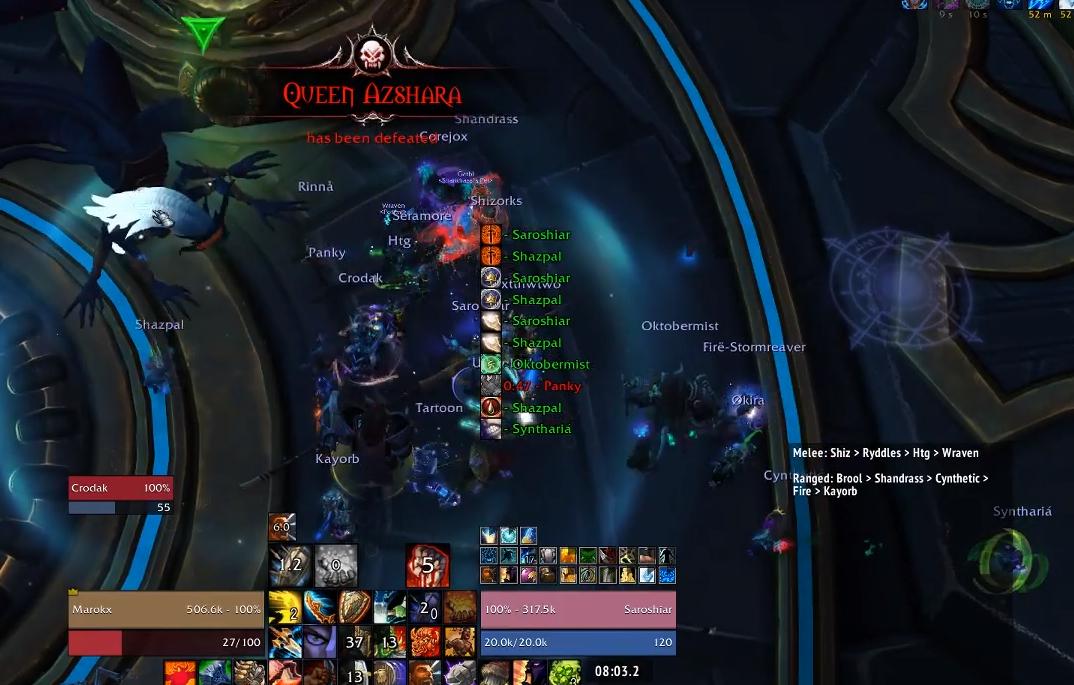 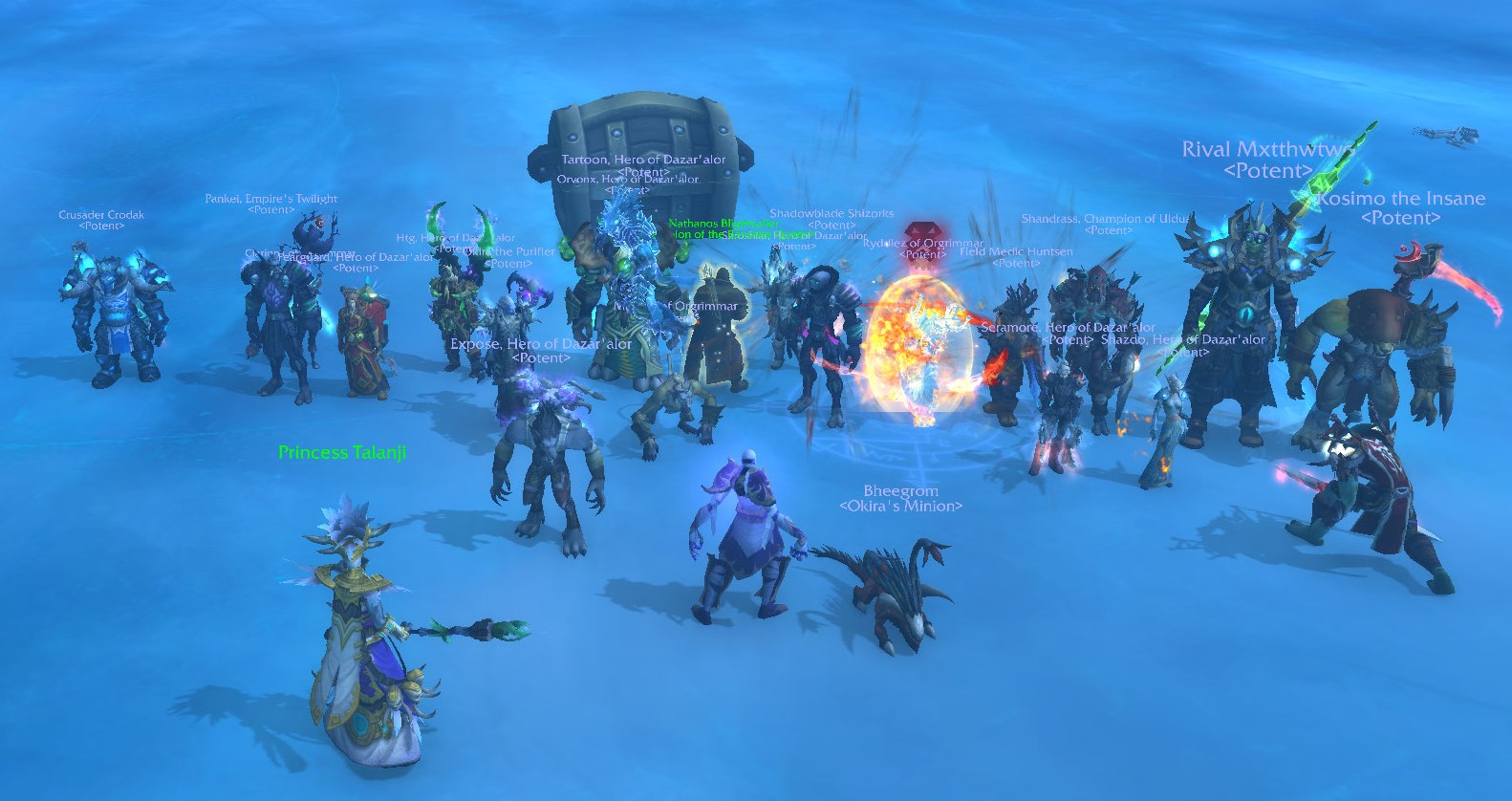 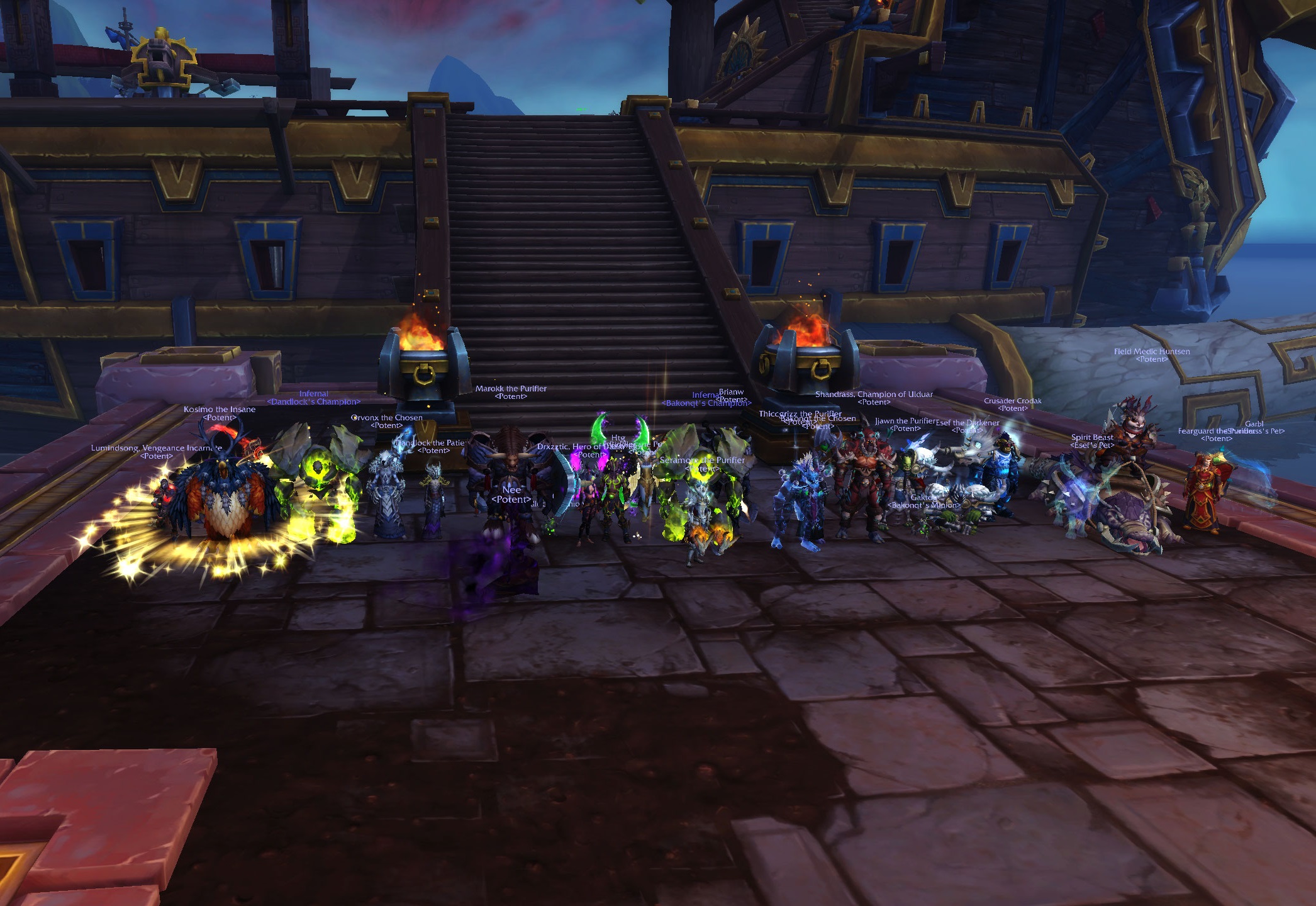 It's taken about a year to build up Potent to where it is now, and all that work has finally paid off. We achieved a US 82 kill of Rastakhan, by far the best we've done so far. Awesome job everyone and let's have a strong finish in BoD. 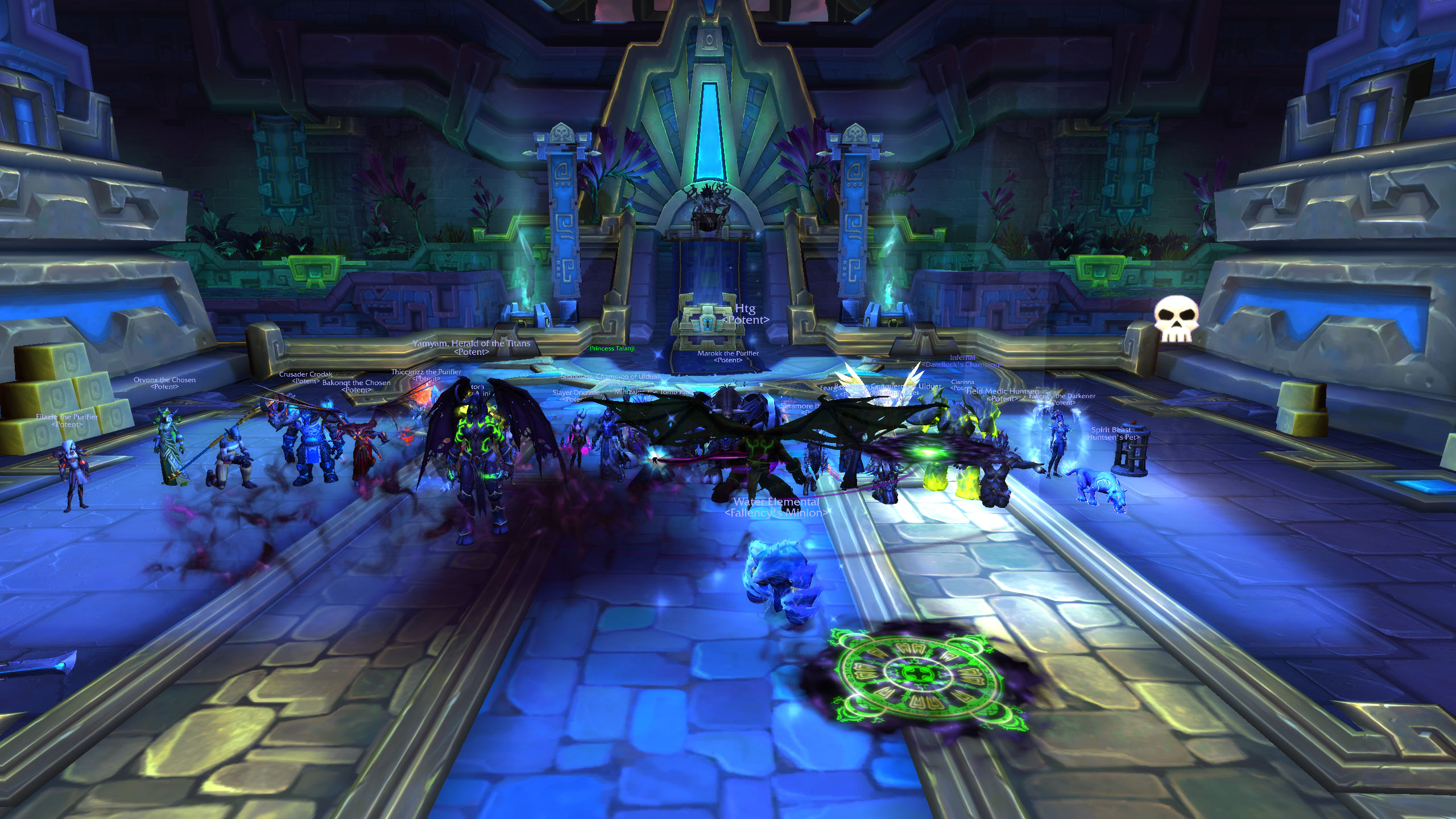 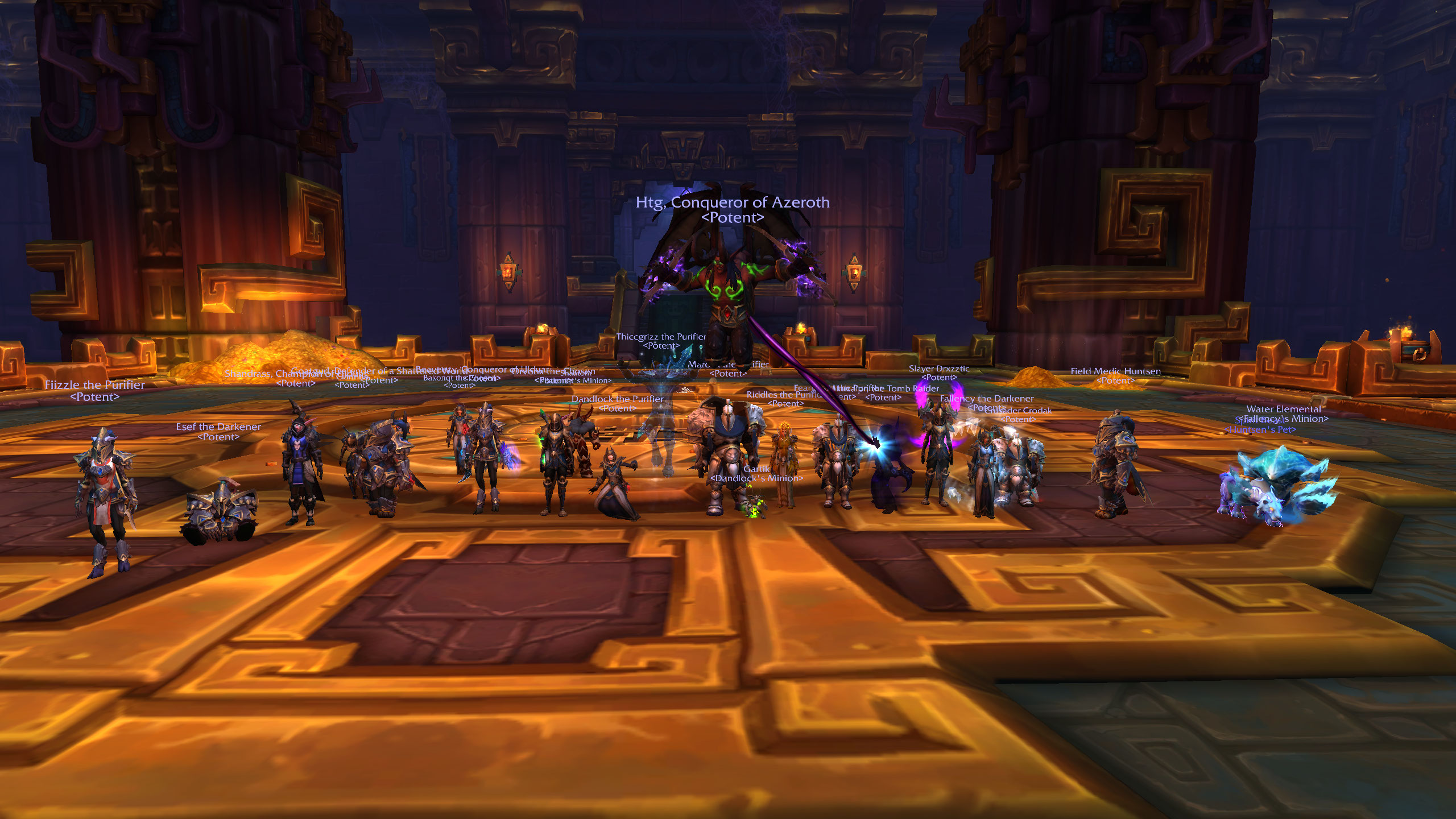 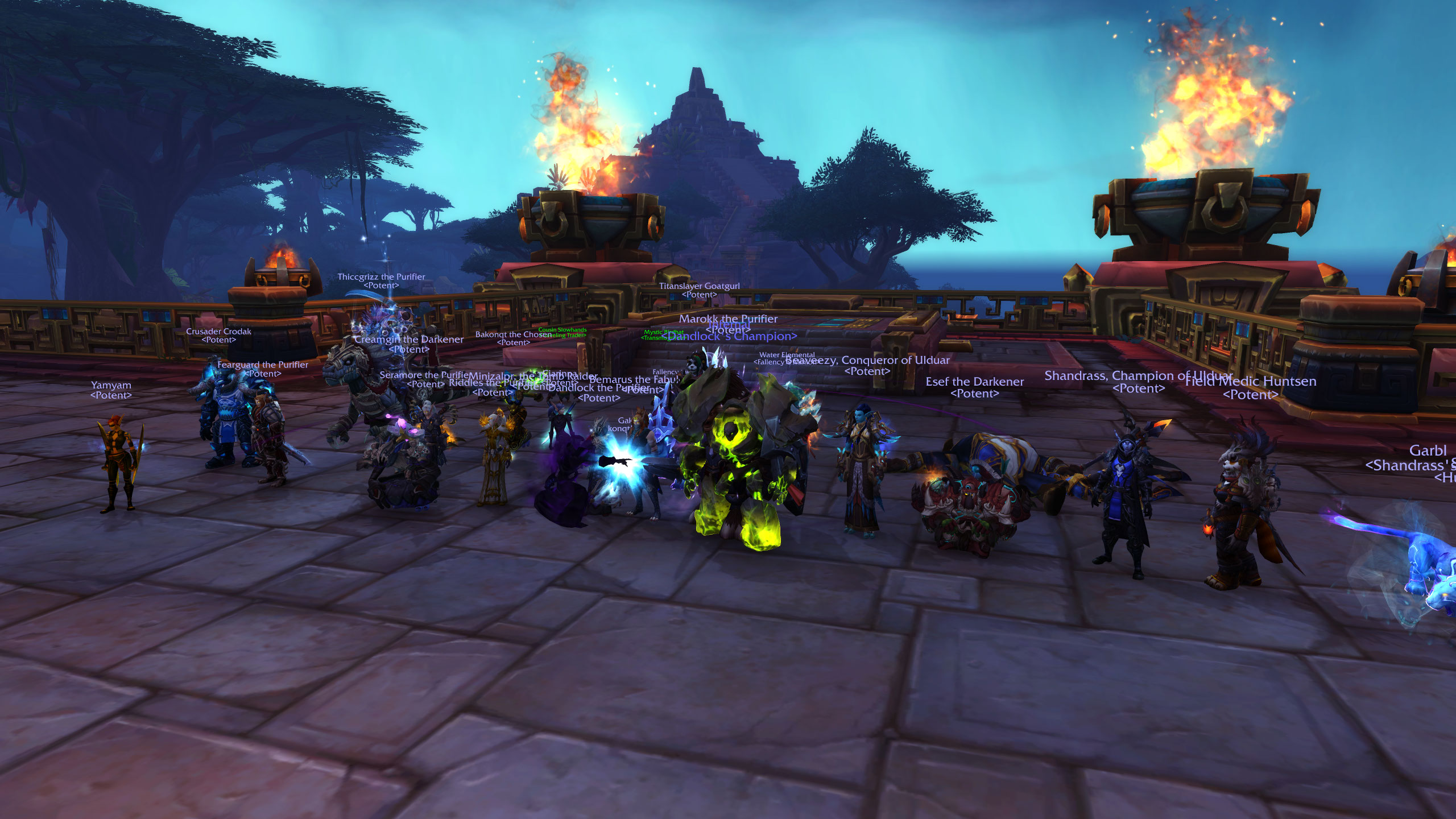 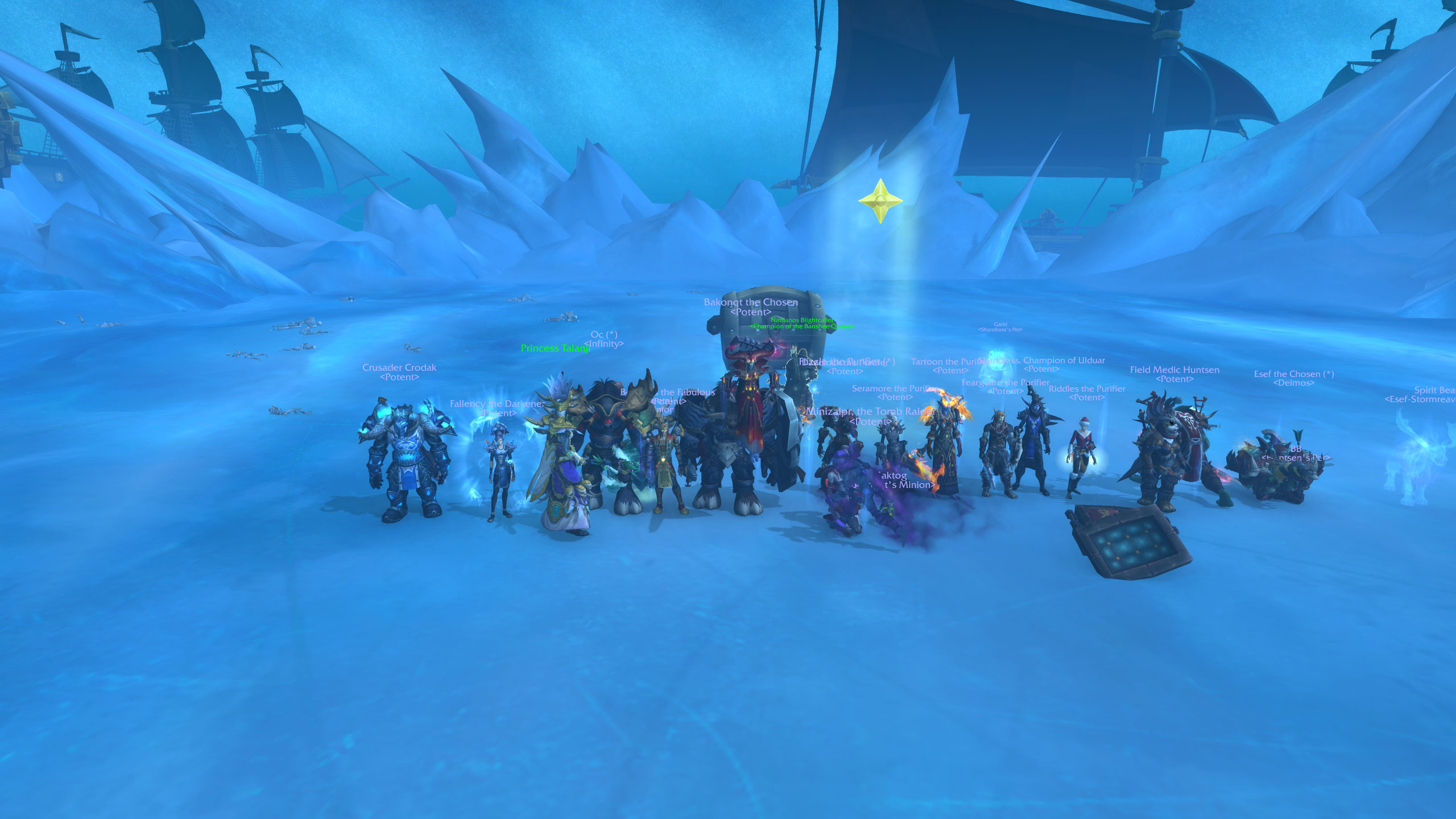 US 171. For our first real tier as a guild, we finished at a pretty respectable ranking. Our roster is only getting stronger so I'm very eager to see how we do next tier. Good job everyone and let's smash BoD. 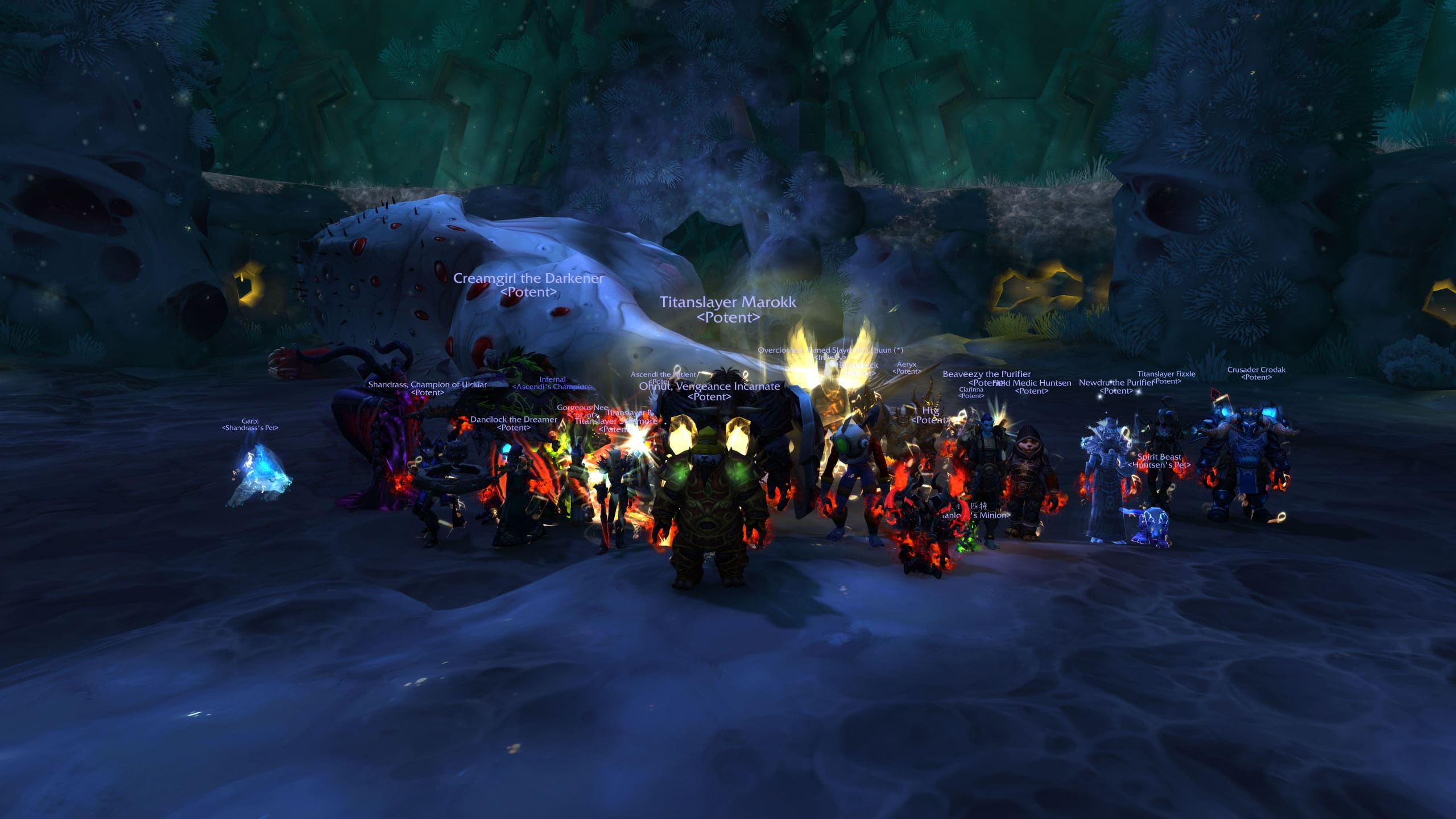 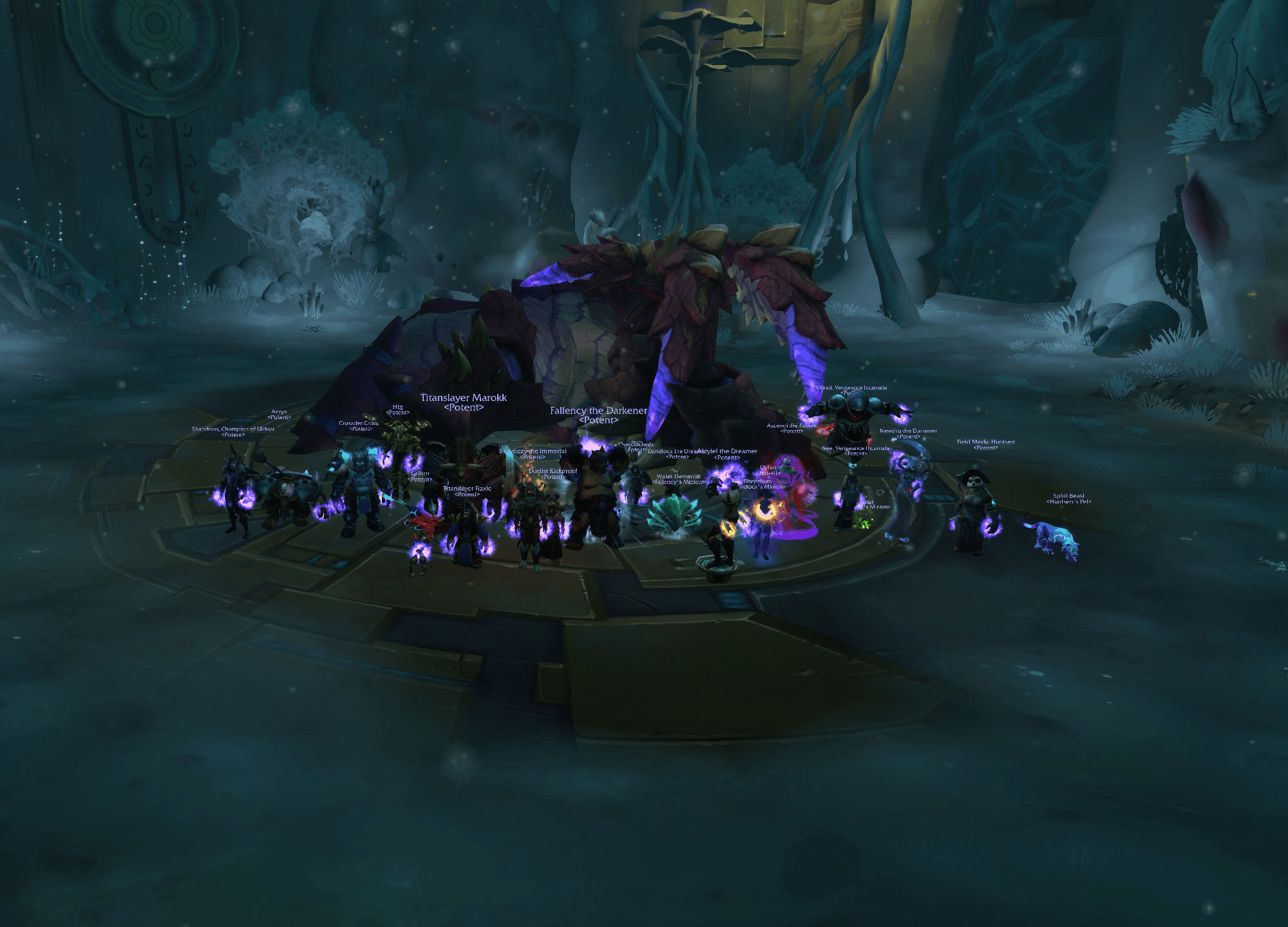 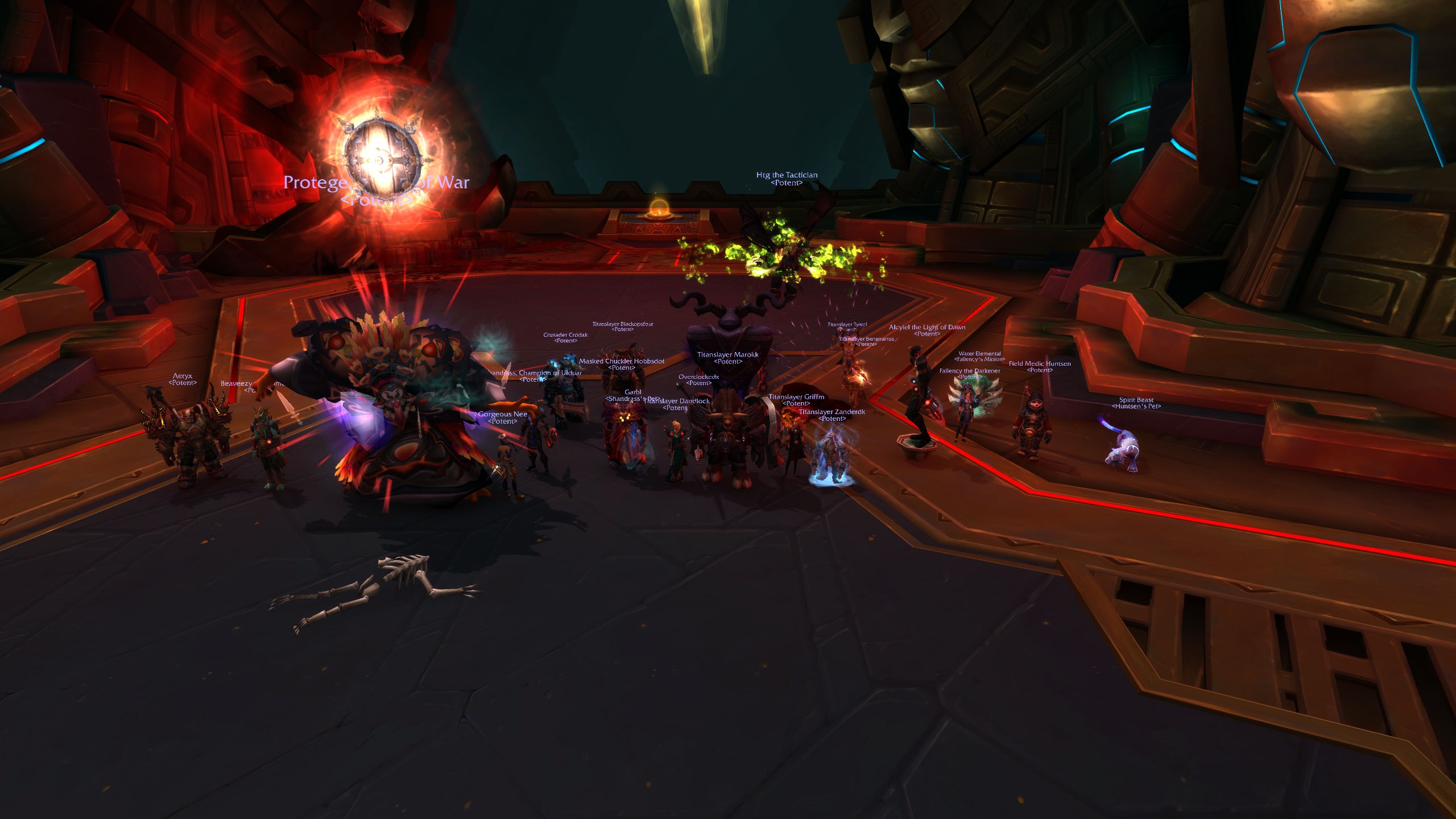 I'm extremely happy with our first week in Uldir. We were able to clear Normal and Heroic within our 8 hours. We're the US 2nd 2-day guild if you only count guilds that only actually raided 2 days :^). Really excited to see how we do in Mythic. 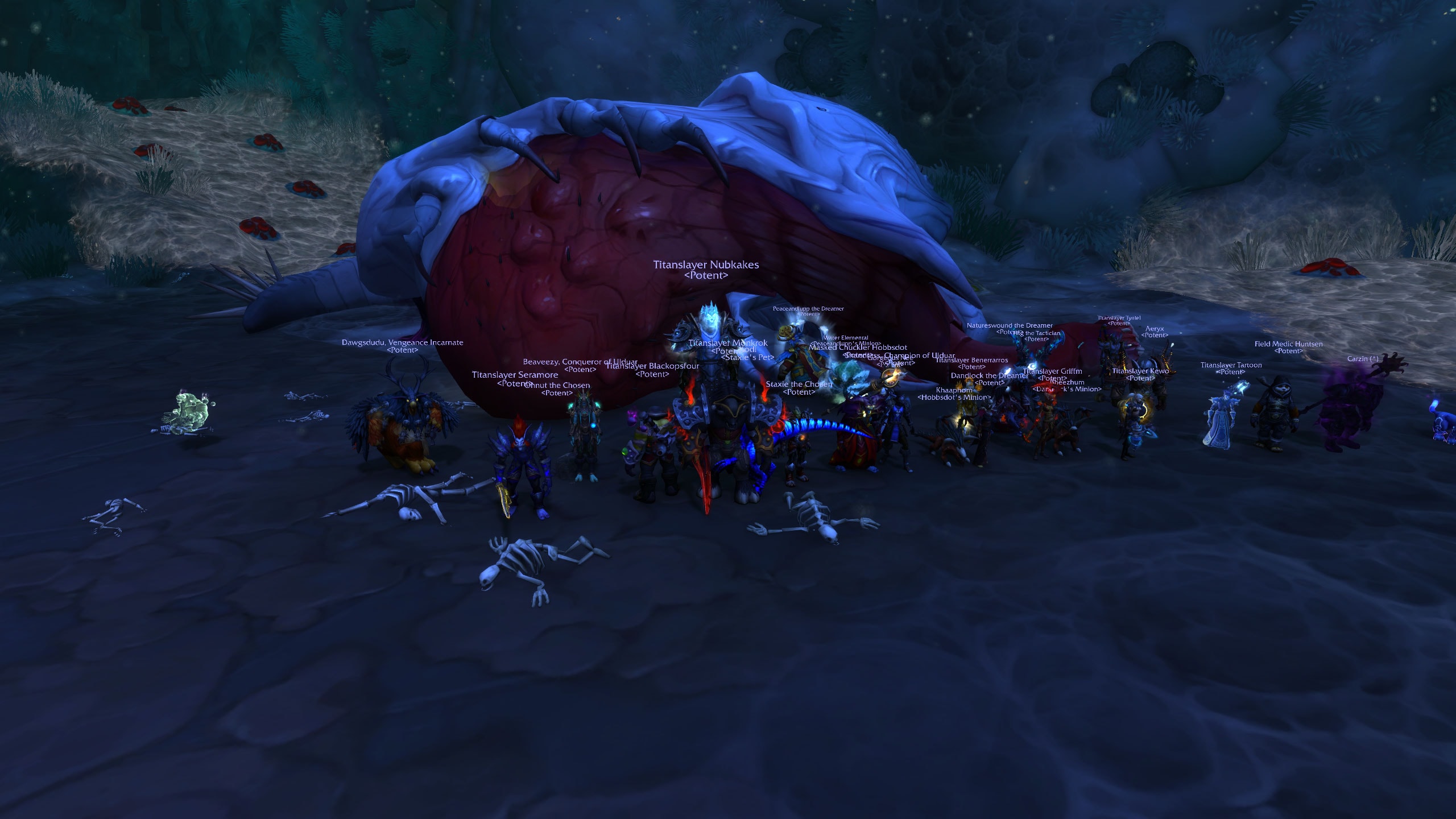 After 9 weeks in Mythic, and multiple wipes to the roster boss, Argus is finally dead. 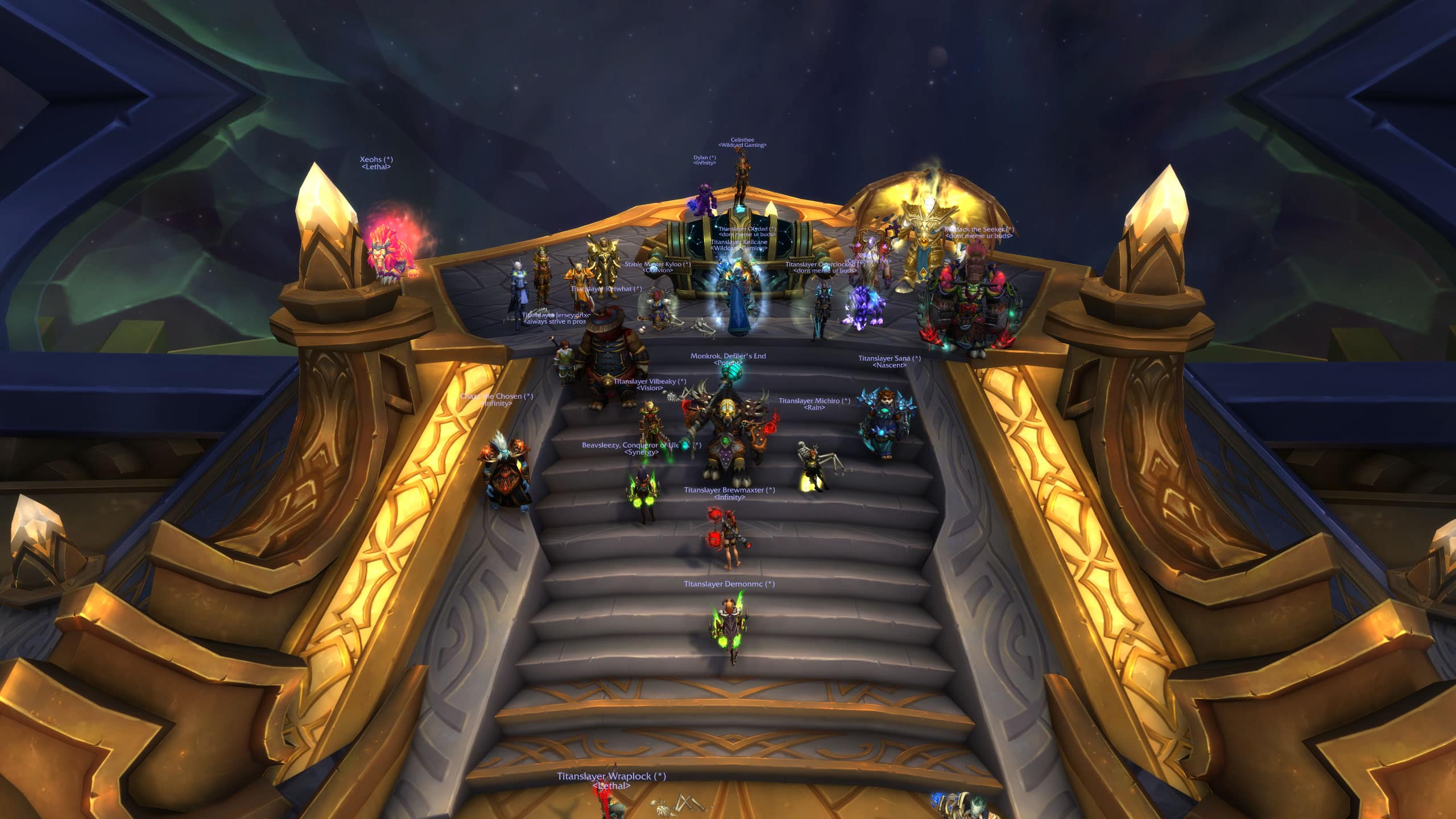